On February 7th 2020 at ShapeShifter Lab, Haiti Cultural Exchange put together a night that truly embodied the versatility that was Toto Bissainthe. Toto was an actress, a storyteller, a singer, an activist, the list goes on. It was only fitting to honor such a multifaceted artist with a multimedia presentation.

Shapeshifter Lab was covered in photos archiving the journey of Toto’s artistry in film, in theater, in music. There were also audio stages where attendees could listen to Toto’s words and voice once again. The night was completed with a concert consisting of three singers and an incredible house band (Matsura Hiroyuki, Frédéric Las Fargeas, and Markus Schwartz) directed by Monvelyno Alexis, presenting new arrangements of Toto’s beloved discography.

I was excited for the challenge to innovate, which is something I have long admired Toto for. Her avant-garde approach to performance is why Haitian artists of all mediums consider her an icon. Nathalie Joachim, who was recently nominated for a Grammy for an album that honored so much of Toto’s work, brought her unique blend of electronic music, flute, and voice to her chosen selections; an unexpected and moving combination.

It comes as no surprise that Riva Précil, a traditional Vodou singer whose music is already bringing new and interesting jazz and soulful arrangements to Vodou tunes, truly shined presenting the songs from Toto’s repertoire that are dear to her. I, as a longtime admirer of Toto’s work, interpreted three selections, one of which I knew because I grew up listening to my mother singing it. It was such a pleasure to honor both Toto and my mother that night. 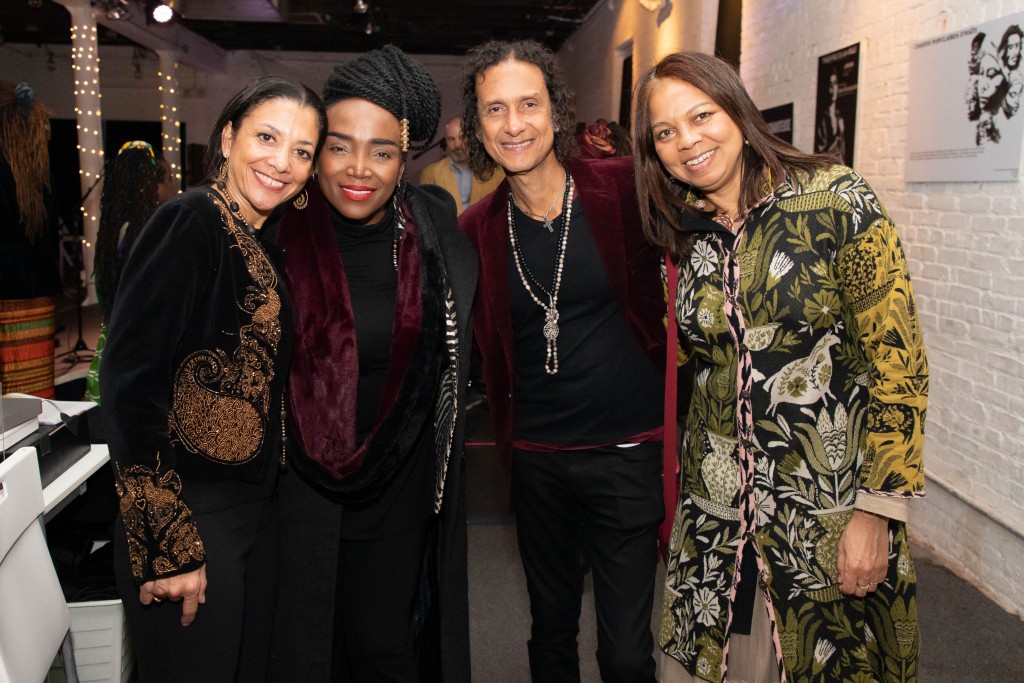 “An n ale, vaksin ap e gwonde. An n ale” Toto’s voice still rings in my head singing this refrain. This recurring hook underscored the short documentary that opened the night honoring the late legend. An n ale is a call to action, and I received it that night as a call to receive and a call to remember. And remember, we did.

To view more photos from this event click here