On Saturday, February 8th Haiti Cultural Exchange hosted an album listening premiere of singer/songwriter Talie’s latest project “Solèy Midi,” at FiveMyles Gallery as part of Diaspora NOW. Diaspora NOW is a platform for emerging literary and performing artists of Haitian descent to premiere works in New York City, offering opportunities for Haitians and the general public to engage with new art that highlights experiences in the Diaspora.

Attendees sat in a semi-circle and experienced an intimate acoustic performance by Talie and her band which consisted of keyboard, bass, percussion, guitar and vocals. The audience sang along to some of her memorable tunes with lyrics in both English and Haitian Creole. The band performed songs from her new album as well as covers of Haitian songs which brought smiles to the audience’s faces.

After the band concluded their hour-long set the audience enjoyed beverages sponsored by Clairin the Spirit of Haiti and food provided by Grandchamps Restaurant. 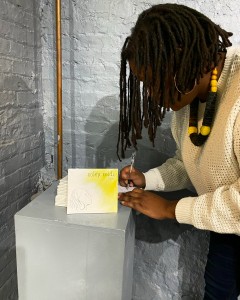 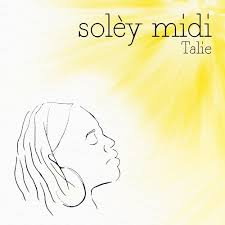