Taking The Time To See

A crowd gathered at Five Myles gallery on February 9th, an unassuming Sunday afternoon. The intimate group mingled over drinks and appetizers as they casually admired the vivid art work lining the gallery walls. We had come to see a theatrical reading of Solange and Frankie Rite Love Songs in the Mourning by Diane Exavier, the last of the HCX Presents…Diaspora Now series. Diane had been a former artist-in-residence of the 2017 HCX Lakou NOU program so many were interested to experience her latest body of work.

After a quick introduction by HCX founder and director Régine M. Roumain, Diane announced she would begin with a poem dedicated to her mother, whom had passed away. What followed was a quietly heartbreaking poetry performance that thoroughly disarmed her audience, unexpectedly bringing many (myself included) to tears. This was expertly done as Diane’s work is described as exploring “how people create new worlds in the face of environmental disaster, personal trauma and historical violence”, it was evident that she had set out not only to perform but to create a physical safe space for the audience to possibly experience emotional healing through her work.

We were now open to emotionally engage in this play about Solange and Frankie, two lovers grappling with the aftermath of trauma. One having survived the catastrophic 2010 earthquake in Haiti and the other, recovering from a work accident that caused him to lose an arm in Miami. The lovers have several conversations about their soon to be born child as they attempt to work through their anxieties about the future.

After the reading, Diane sat down with her co-star and director for a conversation with the audience about her work. Discussions arose around her creative process. She challenged us to reflect on concepts of home as both characters are physically displaced and encouraged the audience to examine how we think of healing and recovery or how we can create a home in each other even as we are physically displaced.

There is a line in the play where Solange tells Frankie that he can’t see his life because he’s perpetually looking for it. I can say for certain that on that night, we all took some time to see. 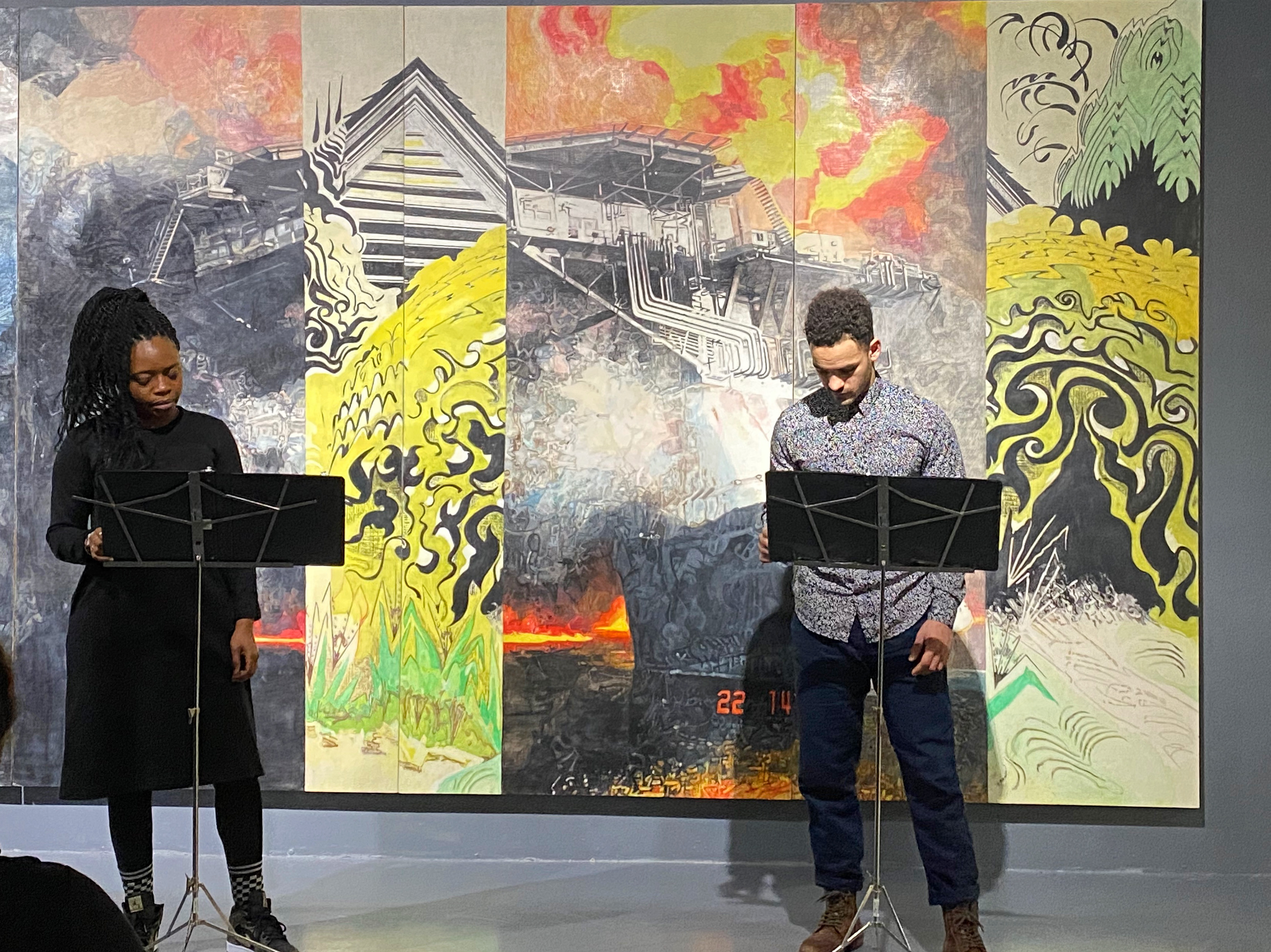