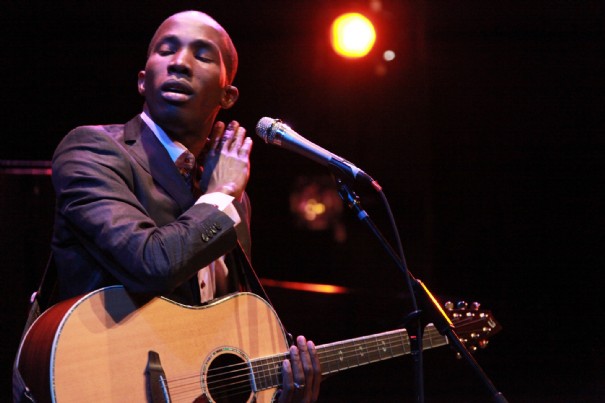 Obed Jean-Louisis a singer/songwriter born and raised in Port-au-Prince, Haiti. His exposure to an array of musical styles permeating the Island such as Rasin (traditional Haitian rhythms) Gospel, Konpa, Reggae, Jazz, and Pop, have inspired his creativity and fueled his desire to express and share his music.In the late 90s, Obedleft Haiti for New York.Shortly after his arrival he found himself in a school of artists and teachers such as Jowee Omicil, Nedelka Prescod, Lisa Harris, Beethova Obas, NY All Stars & the legendary Haitian band Tabou Combo whom he had the privilege of touring & recording with on their “Taboulogy”album. He has also been featured on “Atis Pou Ayiti”, celebrating Haiti’s independence Bicentennial, with artists such as Ralph Tamar and Eddy François. Over the years, Obed is humbled to have graced many of New York’s main stage venues such as Le Poisson Rouge, Joe’s Pub, SOB’s, BAM Café, The Brooklyn Museum, and Bay Street Theater, along with numerous other venues around the Metropolitan area including the Blue Note Jazz Bar,opening for soul songstress Mavis Swann Pool & Soul Understated.

Obed is currently working on the release of his first album, bridging his various musical influences, sharing his story as a Haitian immigrant in “Ladeo Sankofa”, as he tilts, turns, reaches back, and reclaims his musical heritage in a fusion of Creole & English songs, expressing a love of Haitian Culture and the joy of FREEDOM for everyone.