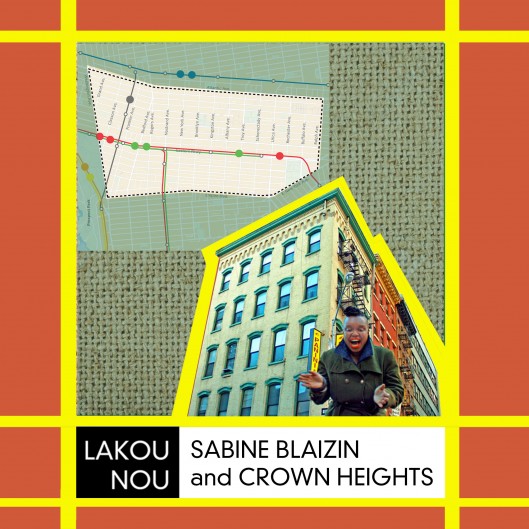 Sabine Blaizin, a New York based DJ who spins Afro-Soul, combines sounds of the African and Afro-Caribbean diaspora. In her project based in Crown Heights, Blaizin created a soundscape with stories she collected from Haitian members in the community affected by gentrification. To collect those stories, Blaizin was very proactive in connecting with Crown Heights community leaders and attending neighborhood meetings relevant to her subject. On October 26th, she held holding interviews at the HCX office in Crown Heights with volunteer residents. Their stories were recorded by StoryCorps and archived in the American Folklife Center of the Library of Congress.

Blaizin has performed with DJs in various cities in the US, Canada, Dakar, Mexico, Cuba and Haiti. In answering how it feels like to travel to different countries and come back to the US with new material, she explains that she reaches a different level of connection with her crowd. Listening to her music mixing conversations, deep reflections and words of wisdom, one can already imagine how inspiring and challenging it was for Blaizin to piece together sounds of grief, displacement, nostalgia and disappointment in Crown Heights. The feelings that are attached with the “Haitian flight” in Crown Heights can be assimilated to all the forced migrations people of black heritage experience. Gentrification is an ongoing occurrence in Crown Heights. It is bittersweet to foresee that the residents’ experience is ready to be archived for the memory of future generations. Blaizin’s project also brought an opportunity for those residents to reflect on their situation with an approach that might have revealed new depths in their understanding of what gentrification means in their lives. Read her event recap here.